Everything My Novel Isn’t Anymore: 5 major revisions that changed my novel for the better

How many people, I wonder, produce the exact novel they thought they would when they first sat down to write? How many made NO changes to character, perspective, tone, setting, or scenes?

I’m guessing that folks who write immaculate first drafts probably don’t exist. To use Anne Lamott’s phrase, we all write “shitty first drafts” that need fine tuning or major overhauling. But it can be difficult, sometimes to accept that our creative offspring isn’t perfect.

Facing these revisions can result in a major Writing Crisis as you mourn the book that used to be. But mourn not, writers! To give hope to those of you in the middle of heavy revisions, here are 5 choices I had to make from first draft to last that changed it for the better.

A grandma and a grandpa got cut. Some cousins, too. There were cluttering up the scenery, doing nothing. So they had to go. If I’m being honest, this didn’t hurt me much. Although, I had worked for DAYS on a conversation between one of the cut characters and my protagonist, and then I didn’t even use it. That hurt. All that time and work on the editing room floor. But I got over it. And, wonderfully, I was able to give my kid protagonist more agency in his own story once I cut the character. So now I’m really pleased! And that work that went into perfecting the conversation didn’t exactly go to waste. I spent time learning how to craft dialogue–a great learning experience! 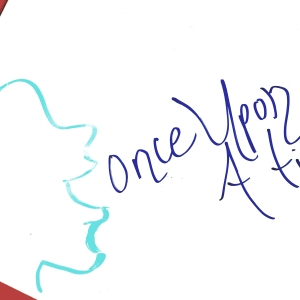 I like the storytelling voice. Some of my favorite novels use it to great effect. So it was no surprise when I started using it while writing my first novel. However, that voice has a time and a place. When used in moderation, it can have an impact, when used willy nilly, it slows down the pace of the plot and distances the readers from the characters. And, when I got back feedback on the first draft, each chapter was filled with “show, don’t tell!”

I grumbled about it, but as I started draft two, I realized the some of the most important scenes in the novel were told and that dramatizing them would make the experiences more immediate for the readers. I must admit that I haven’t gotten rid of all my “telling” sentences, but I’ve certainly made crucial scenes much more active, drawing a clearer picture of my protagonist and drawing the reader in more than ever.

#3 – I made my First Sentence More Active

As we’ve mentioned before, first sentences are CRUCIAL. They accomplish so much, that you should expect to revise them several times before getting it right. I KNOW all this, and yet this is the conversation I had  with my writing buddies moving into draft two:

Them: Whitney, your first sentence needs to be more active and intriguing.

Me: I like my first sentence as it is.

Them: Whitney, you gotta hook the readers and get the book moving.

Me: I like my first sentence as. it. is.

Yeah, I’m a stubborn, contrary mule. But eventually I see reason, or my way to a compromise. Keeping the elements of the first sentence that I liked, I revised the rest of it, making it more active and using it to foreground the main character’s emotional state. Whereas before the sentence was, ya know, alright or whatever, now it packs a punch! Thank you to my readers for putting up with me!

#4 – I Gave Secondary Characters More to Do

I had this shadowy set of secondary characters just hanging out in the background of my novel. They were really nothing more than symbols of something the main character didn’t have. They bugged me. I considered cutting them, but then decided to play around a bit more with what they could do in the plot and realized they were much more valuable than I thought they were.

So, I upgraded their status from shadowy symbol to full-fledged characters with voices, actions, fears, and desires. And now I love them almost more than I love my main characters! They’re sharp and funny and give the book a quick-moving humor it lacked before.

I’m thinking in particular of this one scene. I call it the “tomato scene.” The images were lovely, the dialogue was interesting, and it explored one of the novel’s major themes. I loved it. It was odd and cathartic and brought the hot summer days of childhood to life.

But MAN did it slow down the narrative. And in a middle grade novel, your word count is so stingy that there’s no room for slow vignettes, no matter how sweet and summery. So I cut it. And the plot sails along now, unimpeded by the tomatoes scene and much improved.

Don’t mourn too much over killing your darlings! Keep cut scenes in a separate file so that they can be used for other projects if applicable.

I want to challenge you guys, as you write and revise, to make a list of those changes you need to make but are hesitant to. For each item on the list, write down why it works in the novel, what it adds to the narrative. Then, do the same for the change. If there are more benefits listed for the revised version than for the original version, then … well, you know what to do!

Take it from someone who doesn’t always take feedback gracefully (at first). Major revisions can be HARD, but they can also be MAGNIFICENT.

Let us know what revisions improved your novel-in-progress in the comments. And, if you enjoyed this post, check out our video about what we learned writing the first drafts of our novels.